Despite the claims of safety, Dr Brian Hooker is speaking out about the fraudulent science being used to promote the vaccine agenda. According to Dr Hooker, a past study held by up the industry as “evidence” that it is safe to inoculate pregnant women is actually nothing more than a farce and is another piece of vaccine propaganda put out by Big Pharma and their lackeys. The tetanus, diphtheria and pertussis (Tdap) vaccine have been recommended for pregnant women since 2012, but it turns out the alleged evidence of safety is woefully lacking. 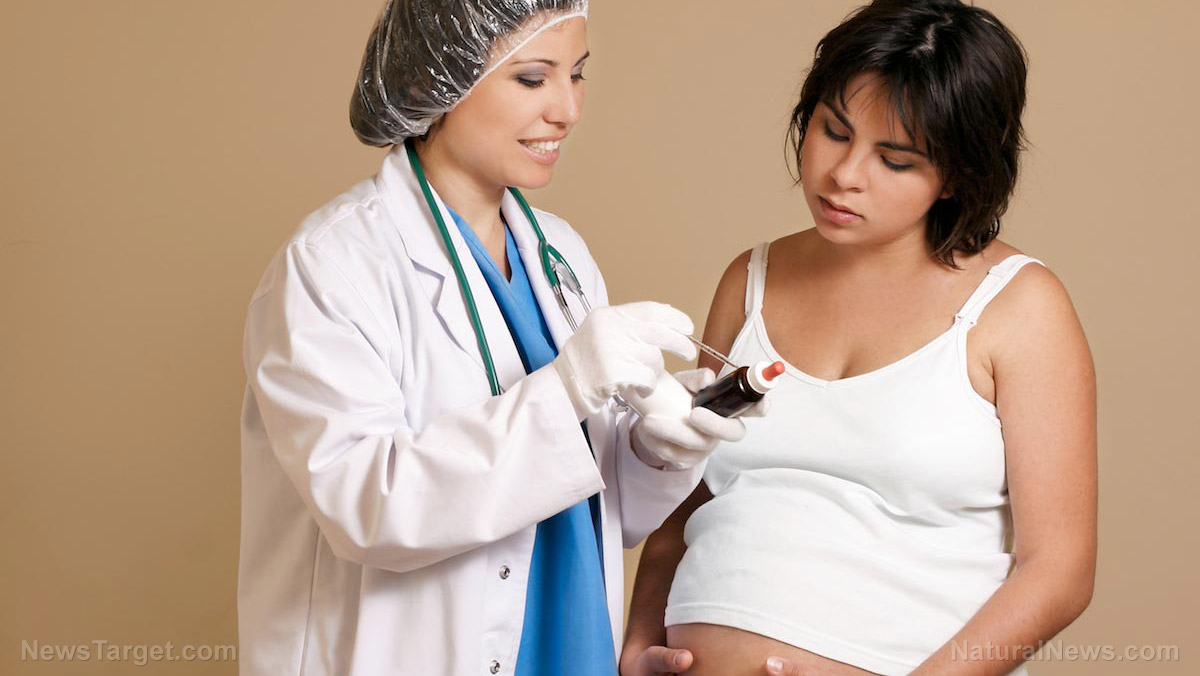 The study in question, a CDC study named, “Increasing Exposure to Antibody-Stimulating Proteins and Polysaccharides in Vaccines Is Not Associated with Risk of Autism” by Destefano et al, was published in 2013 by the journal Pediatrics. As is typical of the vaccine industry, however, it turns out this research was heavily manipulated. It’s almost as if they decided on what the outcome would be before the study was done.

As Dr. Hooker has explained in the past, this study was really just a “rehash” of a study done in 2010, Price et al. 2010 “Prenatal and Infant Exposure to Thimerosal From Vaccines and Immunoglobulins and Risk of Autism.” According to Hooker, this initial study was “fatally flawed.” He wrote:

Not only was this original study fatally flawed due to a statistical error called “overmatching” (which I’ll discuss further below) but also the study authors hid data regarding the only valid part of the study (i.e., prenatal thimerosal exposure) which showed that children exposed to just 16 microgram mercury in thimerosal in utero were up to 8 times more likely to receive a diagnosis of regressive autism (Price C, et al. Thimerosal and Autism. Technical report. Vol I. Bethesda, MD: Abt Associates Inc; 2009).  The study authors instead falsely reported no risk of autism associated with prenatal thimerosal exposure.

Dr Hooker has said the Destefano follow-up study “is to science what the movie Ishtar was to cinema.”

Hooker reveals further that the Destefano study was produced with the help of prominent vaccine shill Paul Offit, and that this second “safety” study was again tremendously flawed. From the absence of a true control, to selection bias, to the simple fact that the study was designed to investigate a meaningless variable, it is clear that the end result of this “science” was a predetermined goal.

As Dr. Hooker explains, the Destefano study sought “to confirm or deny a correlation between the “number of antigens received” and the incidence of autism,” but that as an independent variable, the “number of antigens” is virtually meaningless. When combined with heavy selection bias and “overmatching,” there are clear and undeniable errors within the study. Hooker explains that “overmatching” is a documented statistical problem, wherein the “control” and the “case” are so closely matched, no difference can be observed.

In this case, the researchers failed to compare vaccinated and unvaccinated children. Instead, they tried to see if autistic children were somehow given “more” vaccine antigens compared to neurotypical children — a finding that is ultimately irrelevant in determining ifvaccines cause autism.

Essentially, the scientists used their control group to hide the dangers of vaccines. “[T]he CDC has used these overmatched data to obfuscate any true effect between vaccine antigen exposure and autism incidence,” Dr. Hooker argues.

As Dr Hooker has stated, the true safety of vaccination during pregnancy has never been honestly investigated — and it stands to reason that as such, pregnant women should not be getting vaccinated. Further, as stated above, it appears that research has indicated there is a higher incidence of autism when pregnant women get vaccinated during the third trimester — an 8-fold increase, to be exact.

If the public were to ever become aware of this, it would totally destroy the vaccine industry’s narrative that their inoculations are 100 percent safe. If vaccines can cause autism in the womb, it would seem obvious to most that risk may carry on well after a child has been born, too.

Recent research has shown that the federal government goes out of their way to suppress any information on the hazardous nature of  vaccines — especially when it comes to Gardasil, perhaps the biggest fraud of all. As Natural News reported:

The study, uninfluenced by pharmaceutical money, analyzed data on 8 million women aged 25-29 living in the U.S. from 2007 and 2014. According to the analysis, conception rates would have fallen by 2 million if 100 percent of the females in the study would have received the HPV vaccine. The study warns that the HPV vaccine has a negative influence on fertility and more research is “warranted.”

It’s obvious that the vaccine industry and their government lackeys cannot be trusted to conduct honest research on their products.

You can see more independent research on inoculations and more at Vaccines.news.

Sources for this article include: